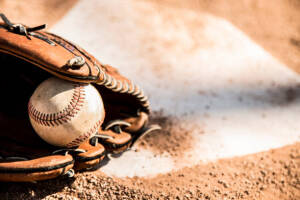 On the evening of Monday, May 31, 2021, Mr. David “Dave” Latto Sr., age 74 of Marion, made the peaceful transition into eternal rest at Carolinas HealthCare System Blue Ridge in Morganton. The son of the late Wilbur Latto and Lois Thompson Latto, he was born in Ohio on August 08, 1946.

Throughout Dave’s life, he was considered much more than just a baseball fan, he truly loved the game which brought him so much happiness and joy over the years. He would love to be able to see new young players getting started and falling in love with it much as he did many years ago. Above all else, Dave was a true family man. He was adored by his family on all accounts, and to him, they were his entire world. He loved to spend any time he could with them because in all cases, his family came first. Dave’s loving demeanor and spirit will be missed by all who had the chance to know him throughout his journey in this life, leaving a lasting impression in the hearts of all.

Preceding him in death are, in addition to his parents, his two sisters, Carol Latto and Lorrie Wong.

Per Dave’s wishes, no services are to be held at this time. A private celebration of his life will be held at a later date for family and close friends to reflect on his memory.

To honor Dave’s memory and love for youth baseball, memorial donations are asked to be considered to the Big League Camp in lieu of flowers. Dave’s family would love nothing more than knowing that the people that love him are continuing to support a cause he was so fond of. Donations can be made to Marion Big League Camp at 250 Montevista Avenue, Marion, North Carolina 28752

To send flowers to the family or plant a tree in memory of David Latto, please visit our floral store.