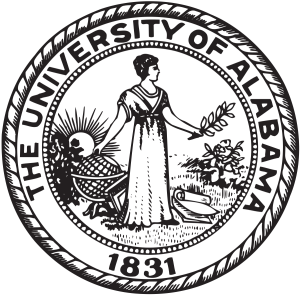 A brilliant, prolific scholar who leaves an enduring legacy in the fields of communication and media psychology, the roles that brought him the most joy were those of dedicated father and grandfather, devoted husband, and supportive mentor and teacher. He was a unifier - always bringing together people, disciplines, and ideas – and dedicated his life to the service of others – to his field, his community, and his family. He fancied himself a "gentleman farmer," and was as comfortable on an international stage delivering a keynote address as he was on the tractor at his farm in Glenwood, NC.

Born in Fort Benning, GA, Jennings spent almost all of his earliest years surrounded by his extended family in Grassy Creek, NC. After graduating from Harris High School in Spruce Pine, NC he got his A.B. in History from Davidson College. He then went to Louisville Presbyterian Seminary, received his M.Div. in Theology and Counseling, and was ordained.  Through his studies in seminary, he found his “home” in the emerging field of communication, and went on to receive his Ph.D. at Indiana University in Mass Communication-Psychology.

Today, Jennings Bryant is one of the most recognized and knowledgeable scholars in communication, and his name is synonymous with media effects and media psychology. His work is also a guiding light in the areas of entertainment theory, children and media, and sports communication. As one of his professional peers once said, “His accomplishments are, to be honest, incomprehensible, beyond either the goals much less accomplishments of nearly anyone in the history of communication research, in the effort, range, amount, and impact (or in any one of them).”

Over his five-decade career, he published 27 books, 160 journal articles and chapters, and over 250 conference papers. In addition, he was the founding co-editor of the journal of Media Psychology, and the series editor on over 400 academic books.  He also founded and ran the Institute for Communication Research at the University of Alabama for 15 years (1989-2004). Clearly, it’s a good thing he only needed to sleep 4 hours a day!

In his illustrious professional career, he held many titles. At the University of Alabama, where he spent the last two and a half decades of his career, he was Professor Emeritus, College of Communication and Information Sciences Distinguished Research Professor, Ronald Reagan Endowed Chair of Broadcasting, and Associate Dean for Graduate Studies. He received numerous accolades for his achievements, such as the University of Alabama Blackmon-Moody Outstanding Professor Award (2000) and Burnam Distinguished Scholar Award (2008), the Distinguished Scholar Award from the Broadcast Education Association (2006), and the Steven Chaffee Career Productivity Award from International Communication Association (2011), where he served as President from 2002-3 and was also elected a Fellow. In 2018, he was inducted into the Alabama Communication Hall of Fame, and that same year he received an honorary Doctorate of Humane Letters from Davidson College.

His most cherished accomplishments, however, were those of his students and other young scholars he mentored around the world.  He was renowned for being incredibly warm, welcoming, and supportive, and often hosted students and colleagues at his two-century old family farm in North Carolina. Chats on the front porch with his “farm lemonade” were the thing of legend.

In addition to his global impact on the field of communication, Jennings was also an active service leader in his community.  He served as an Elder and Clerk of the Session in the First Presbyterian Churches of Tuscaloosa, AL and Marion, NC. Over the last several years, he served on the Board of Directors of the Historic Carson House and the Children’s Hope Alliance, and as a voluntary groundskeeper for The Barium Springs Home for Children near Statesville, NC.

Jennings is survived by his wife, Phyllis Dunker Bryant; his children and their spouses, Alison Bryant and Paul Levine, Todd Bryant, and Adrienne Bryant Godwin and Chris Godwin; his stepdaughters Stacie LeMaster and Angela Orrell; his sisters Mimi Duncan and Sarah Hobart; and his brother-in-law Reid Duncan.  He has seven grandchildren that will miss him dearly – Sarabeth, Bennett, Garrett, Jason, and Samantha Levine, and Isabella and Gabrielle Gray. He is preceded in death by his wife of 43 years, Sara Poteat Bryant; and his parents, Elvira and Jennings Bryant, Sr.

In lieu of flowers, the family is asking that you donate to the newly established Jennings Bryant Memorial Endowed Program Fund at the University of Alabama College of Communication & Information Sciences. The fund will honor his legacy by supporting graduate students from diverse backgrounds with high potential, as well as support the College's research efforts. Donations can be made online:  https://give.ua.edu/?d=1368CC11-5030-4AE5-A83E-A4B9EC85ABA3. Alternatively, checks can be made out to "The University of Alabama" earmarked for the Jennings Bryant Memorial Endowed Program Fund and mailed to: Jenny Pyle, The University of Alabama

To send flowers to the family or plant a tree in memory of Dr. Jennings Franklin Bryant, Jr., please visit our floral store.