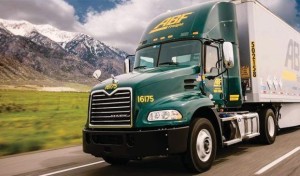 He served in the United States Army during the Korean era. After his active duty in the Army, Guy worked in the trucking industry, retiring after 40 years. He and his wife, Zita, lived in North Carolina, Texas, Georgia, and Arkansas; though their travels took them to 23 other states. Guy was a member of Lighthouse Community Church in Stockbridge, GA. Guy took pleasure in being outdoors; whether it be camping, fishing, or tending to his garden. When Guy had a moment to relax, he could be found woodworking in his woodshop. Most of all, Guy treasured the time spent with his family.

He is preceded in death by his sister and four brothers.

A visitation will be held on Thursday, February 27, 2020 from 1:00 to 2:00 p.m. at Westmoreland Funeral Home Chapel. The funeral service will be following the visitation in the chapel of Westmoreland at 2:00 p.m. with Rev. Doug McGee officiating. Interment with military honors provided by the United States Army, will be held at McDowell Memorial Park. In lieu of flowers, memorials may be made to Lighthouse Community Church at 1615 E Atlanta Rd, Stockbridge, GA 30281, or the Alzheimer's Association at 31 College Place, Suite Doppler 103, Asheville, NC, 28801.

To send flowers to the family or plant a tree in memory of Guy Willis, please visit our floral store.

Your browser does not support this video format. You should be able to view it in Chrome, Safari or Internet Explorer.