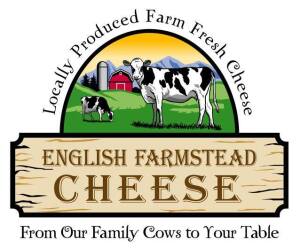 John Edward English of the North Cove Community, died in the early morning hours of Tuesday March 30, 2021 at his home on the family dairy farm where he lived his entire life.  Born on June 24, 1937 in Crossnore NC, he was the son of the late Jay E. and Lorene Jarrett English.  Other than his parents he is preceded in death by his sister, Mary Jane English Street, and two brothers, Frank “Watt” and Joe English.

John grew up on the family dairy farm in McDowell County.  He was a graduate of North Cove High School and briefly attended North Carolina State University before returning home to help his father on the  farm.  John was loyal to his community, church, friends and family.  He served as a McDowell County Commissioner from 1980 until 1984 and was a founding member of the Ashford North Cove Volunteer Fire Department.  He was lifelong member of Concord United Methodist Church serving as Sunday School teacher and member of the administrative council and trustees.

John was a dairy farmer his entire life and was devoted to the farm his grandfather began in 1900.   He worked along side his father and later his sons and grandson everyday until one week before his death.  He was happiest sharing a cup of coffee and spinning a yarn with friends while sitting on the bucket in the milk barn.  He loved his friends, family, animals and land.  No matter how challenging things could get on the farm John always had a smile on his face.

A memorial service will be held Friday, April 2, 2021 at 2pm at Concord United Methodist Church with Rev. Joe Rightmyer officiating.  A visitation will be held two hours prior to the service from 12 until 2pm at the church.  We request that all attending please wear face coverings.

The family would like to thank Dr. Mark Burton and CarePartners Hospice McDowell for their care of John.

In lieu of flowers to honor John’s past membership in the North Cove FFA and his love of mentoring young farmers, memorial donations can be made to McDowell High School FFA, 600 McDowell High Dr., Marion, NC 28752 Attn: Carmen Hall

To send flowers to the family or plant a tree in memory of John Edward English, please visit our floral store.