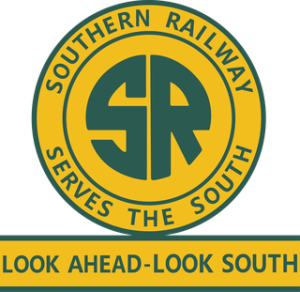 The son of the late Tom and Mildred Jackson Jenkins, Rat was born in McDowell County on December 23, 1933.

Known for his love of all things related to trains, Rat was an avid model railroader and Los Angeles Dodgers fan. He also retired after thirty years of dedicated service from the Southern Railway, which he thoroughly enjoyed. Aside from his career, he was very actively involved with the McDowell Mission Ministry, where he volunteered often and also served on the board. He also enjoyed volunteering for United Way. Rat was a very loving family man, husband, father, grandfather, and great grandfather and was a very devout Christian, having had attended Mt. Moriah Missionary Baptist Church. Rat loved the Lord and his family with all his heart and his passing will sadden many who he met and loved along his journey in this life.

In addition to his parents, he was greeted at Heaven’s gates by his sisters, Lucille Rutherford, Alene Goode and Celestine Jenkins.

Left behind to cherish Rat’s precious memories are his wife of sixty-seven years, Mrs. Ruth Ann Swepson Jenkins, who married the love of her life on January 23, 1954, and their five children Thomasina Jenkins Tate (Michael) of Asheville, Lauriece Jenkins of Los Angeles, California, Richard Byron Jenkins of Marion, Francelia Jenkins of Marion, and Rashelle Jenkins Brown (Aaron) of Spindale. He also leaves behind one sister, Elizabeth Jenkins Siler (Derrick) of Marion, as well as eight wonderful grandchildren, and three precious great grandchildren.

A graveside service to celebrate Rat’s homegoing will be held on Thursday, July 01, 2021, at 11:00 A.M. at McDowell Memorial Park with Dr. Michael Smith officiating.

To send flowers to the family or plant a tree in memory of Richard "Rat" Thomas Jenkins, please visit our floral store.